A pharaoh’s tomb might seem like a natural setting for an escape game, but to my knowledge, there are not many escape game venues in France using such a theme. Admittedly, it might be difficult to build a realistic setting: that’s why the performance of Live Escape in Grenoble, who managed to build a fantastic immersive game around this theme (‘Le tombeau du pharaon’ in French), is all the more remarkable.

You are crossing the Egyptian desert in 1962, and a desert storm uncovers a door to a lost tomb. As you enter, the door closes behind you. Bad luck: another sand storm is nearing, and in one hour, the tomb will be covered by sand again, destroying all hope to escape the tomb. Fortunately, your guide stayed outside the tomb and can communicate with you through a chimney to provide some help.

The designer recreated a very immersive atmosphere, and this game will wake up the Indiana Jones in you as you wander in the dark atmosphere between ancient frescoes and old sarcophages. The remaining time is indicated by a sandclock that fits perfectly in the room. The puzzles are well-chosen and designed – no padlocks here! – and involve fun and sophisticated manipulations.

The gamemastering process was extremely well integrated in the adventure: your gamemaster will appear as a picture animation of your guide John (or Jane, if your gamemaster is a woman) with whom you can communicate up the chimney. Here again, this is implemented in a very realistic way: if you want John to give you hints about an object, you will have to bring it below the chimney so that he can “see” it. The game difficulty is adaptable to your likeness as most of the time, John will help you only if you ask him.

This escape can be played between 2 and 5 players. We were two players only (and it was the first escape game for my friend), which made the game a bit difficult; but the gamemaster nicely gave us a bit more than 60 minutes to go out. 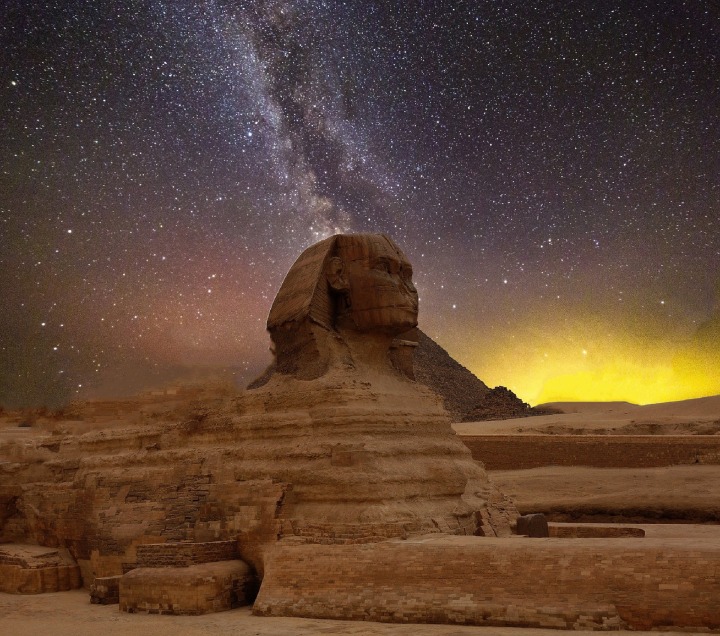 In a nutshell, this is a masterwork of escape room, with a wonderful immersion, that should be on the to-do list of every fan – and a perfect introduction for anyone who never tried escape games. We were so excited by this game that we came back in the evening to try their other scenario “Phantom of the Titanic” (“Fantôme du Titanic”), which is also very good (review to come in the future!) – though I have a slight preference for Pharaoh’s tomb.