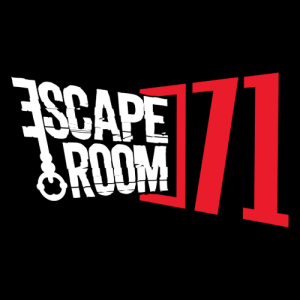 Enter the magical world of the biggest genius that has ever lived: Albert Einstein. You step into his office and suddenly you don’t feel well. What is your intuition telling you? Does everything seem normal or is everything suddenly feeling strange? Can you keep your head cool and escape this mysterious room together with your team?

Escape rooms have been described by the South China Morning Post as appealing to “highly stressed students.” It’s then not surprising to find a few establishments in the small university town of Leiden, thirty minutes away by train from Amsterdam. Passing by, we got the opportunity of testing one of Escape Room 071’s rooms, Einstein’s Madness (for the trivia, Einstein used to teach at the University of Leiden).

The door closed on us and we found ourselves in the thirties, rummaging through Einstein’s well-furnished office looking for clues. The immersion was really good to begin with, but later parts of the game left us with a feeling of unevenness. Communication with the gamemaster through a talkie-walkie was also a bit of a let-down, as a method more appropriate for the early XXth Century could have been devised.

Some of the puzzles were challenging, procuring quite a thrill to the more experienced escapists in our group, and staying in relation with the world of mathematics and science, although sometimes we could feel a stretch between the puzzle and the person of Einstein. Emphasis was done on observation and reflection, with a few puzzles requiring dexterity.

The gamemaster gave us a friendly welcome and was helpful when asking for hints (5 for free, any additional hint costing time to the player), although those hints were more often straightforward answers to the puzzle than proper hints.

With two hints asked, the two of us managed to escape 7 minutes before the end. While we felt there was room for improvement regarding the immersion, Einstein’s Madness was still enjoyable for its difficulty, and would be recommended for escapists who are looking for more challenging rooms.

No other review found (let us know if you reviewed this game, so that we can list you here!)