Funhaven is a theme park located just outside Ottawa, with various attractions for kids. They have been hosting several escape games for a few years, whose most famous is probably Rainforest Renegades.

“You were just on an Amazon trip. When all of a sudden you were captured. Can you escape from the renegades in the rainforest? ” (text: Funhaven)

Immersion: The decors were nicely made if not exceptional, with a mix of woods, stones and plants – and occasional jungle noises to complete the atmosphere. Some props in the second room were remarkable, and children in particular should have a lot of fun interacting with them. There were quite many rooms, although some of them were not that large. The scenario was relatively simple, but the final exit scene was well scenarized. 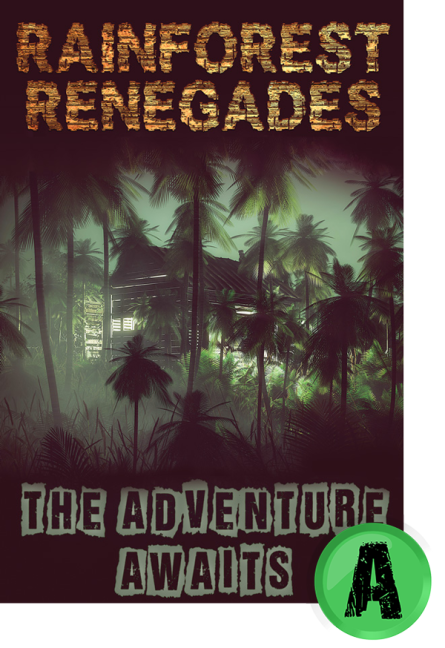 Puzzles: They are very diverse and require a nice variety of competencies. In particular, this escape game would be perfect for a family, as the adults could solve the most cerebral puzzles while the kids would take care of the more manual ones. Also, several puzzles require collaborations between players, which is great for team-building. One puzzle that involved listening was a bit ambiguous for me though.

Hosting: JP, the creator of the room, was a wonderful host, very enthusiastic and passionate. You can receive hints from a screen in the first room. On top of that, from time to time, our host entered into the room to give us hints; this is a common method in Ottawa, which is not great for the immersion: a walkie talkie would have been better. Also, I recommend to book a slot in the evening: we were there during a very busy spring break weekend, and we could hear the kids shouting in the park from inside the room. Our host perfectly timed the provision of hints – the two of us escaped with less than 1 minutes left on the counter!

As I said, this room should be perfect for a family of 4 or 5, but even seasoned adult escapers should have fun there. It was not so easy for us to complete it at 2 players, so unless you are really well-trained, I would recommend to be at least 3. Stay tuned for our reviews of two other rooms at Funhaven!

A video presentation is available here:

To get a second opinion, here are alternative reviews: Escape Reviewer, The Esc Key.